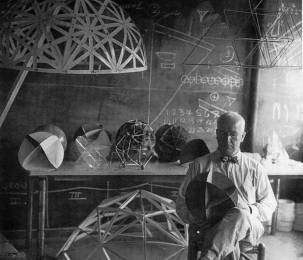 When Richard Buckminster Fuller published Operating Manual for Spaceship Earth in 1969, he proclaimed nothing less than a crisis of sovereignty. Despite the possibilities to see the planet as a single unit through new media such as satellites and other global communication and transportation technologies the intellectual world order of the Cold War era is – according to Fuller – still biased, based on an »utterly obsolete sovereign separateness,« working in »slavish categories« of national, religious, and racial identities. Fuller leaves no doubt about the dangerous outcome of this bias: »By the twenty-first century it either will have become evident to humanity that these categories are absurd and anti-evolutionary or men will no longer be living on Earth. If you don’t comprehend why that is so, listen to me closely«.1)

The course of the book itself is like an extraterrestrial passage, starting with the metaphor of a shipwreck and the ways in which the current models of general problem solving are usually informed by past experience, insufficiently special case experience, and not by the best of all possible designs.

From this rather catastrophic inventory of the present condition, the rocket takes off, taking the reader with it towards a new perspective onto whole earth, to new possibilities of technologically operated global change: not in order to leave the planet or the solar system, but to change the perspective from earthling to astronaut. With Operating Manual for Spaceship Earth, Fuller reduplicates Neil Armstrong’s flight to the moon and back to earth that very year literary.2) 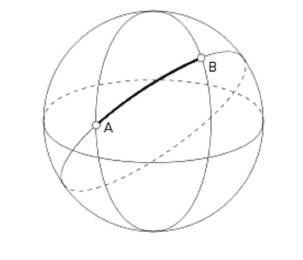 Fuller takes Armstrong’s place, looking at the blue planet, acting as the observer who can tell the tale to the rest of us. In the tradition of utopian writing, Operating Manual does not create an imaginary world apart from the real one; it creates something that is already there, a future that is already happening. The epistemological requirement is to apply different »thinking tools«, as Fuller calls them – among them topology, geodesics, general systems theory and synergy – in order to understand and optimize the interactions and relations of physical, biological and social systems and to spread a knowledge that will eventually create a one-world society in which every human being can live in peaceful coexistence with everyone else on the planet, without scarcity of air, fresh water, food, energy or education. Fuller’s utopia is a global neighborhood, created not through war, but through media technology.

He introduces the notion of synergy to characterize systems whose behavior is not determined by any of their parts, a holistic concept of systems theory.3) For Fuller, synergy is the way universe works, and therefore, thinking should always start by thinking about the universe. Fuller relates the term ›synergy‹ to chemistry, where it denotes the fact that the characteristics of a molecule cannot be predicted by adding the physical character of the atoms involved: »Synergy is the essence of chemistry.«4) Therefore, the whole is more than the sum of its parts.

He answers the need for general and applicable concepts of wholeness that relate to logico-mathematical laws but also work as form generators. In Fuller’s universe, the technological inventions of the 20th century compel the restoration of harmony between energy and form, and this can only be achieved by thinking in terms of topology. It is the study of topology that provides the designer with structural knowledge on the behavior of the whole.

One prominent and often repeated example is the topological fact that on the surface of a sphere, the shortest distance between two points always lies on a great circle. This is the reason why transatlantic airlines use - when possible - great circles to set the flight path: why a plane from Frankfurt to San Francisco should ideally fly over Iceland. For Fuller, the relation between the whole and its parts is mainly a topological feature combined with energetic aspects. Analogously, Fuller’s most prominent medium to display and teach his design school of »synergetics« is a 2D projection of the globe, the Dymaxion Map, first published as image and endpapers in his 1938 book Nine Chains to the Moon.5) He kept redesigning it as both an investigative and a teaching tool, eventually achieving a patent for his projection in 1946.6) Through the Dymaxion Map, everyone should be able to relate his or her own position to the whole planet.

The principle of synergy is something that has long been known to scientists like Carl Friedrich Gauß, Bernhard Riemann and Albert Einstein: the »great pirates« of knowledge were able to think outside the box of Euclidian geometry and discover curved space and space-time. But the synergetic knowledge that, for example, there is no real up and down on earth did not reach the minds of the people: it was lost in the specialization of the sciences. The topological paradigm that was obviously quite productive in mathematics, physics, and the global operations of communication and transportation did not find its way into everyday language and politics. What could have been a topological turn did not happen.

This gives an insight into the true playground of Fuller’s synergetic design theory, which is not just architecture or industrial design but a program: both a school to restore symmetry and harmony between the technology and science, and a human mind to overcome the bias that, according to Fuller, had caused so much harm to humanity. Their task is to create a broad discourse on design in order to adapt everyday language and thinking to the scientific and technological revolutions of the 20th Century. Synergetic design aims to integrate the material and intelligible parts of the world.

The principle of synergy does not simply emphasize the impact of aesthetics on the human mind. It appears to be above all a strictly energy-economical principle: »do more with less«, »find the shortest on the surface of a globe«, etc. It is a general design principle, applicable to the construction of houses, ships, cars, aircraft toilets, as well as to the human mind. And it is by simple contemplating, by self-reflection, that Fuller, while observing his own train of thought, concludes that thinking is the progressive division into parts: a process he calls bitting. Thinking is therefore called »bitting down the universe«.7)

The school of synergetics, in its double nature of dealing with physical energy on one hand and verbalizing (metaphysical) principles on the other, is, according to Fuller, crucial for the survival of the planet.8) Synergetics is designed to be a cure against world’s most severe problems: over-specialization in the sciences and the inequitable distribution of wealth. Like its prelude, Ludwig von Bertalanffy’s General System Theory,9) Synergetics refers to a supposed superstructure of systems, a concept of wholeness to be found in all fields of sciences, whether physics, biology, psychology or social sciences. Bertalanffy makes it clear that his systems theory would replace older fundamental ontologies or cosmologies like those of Nicolai Hartmann or Alfred North Whitehead, both strongly influenced by theoretical biology and organism-environment-relations. Apparently, Fuller is not the only 20th-century thinker who oscillates between systems theory and cosmology.

But Synergetics also differs from other systems theories of this period as well as from the design methods movement that set out to rationalize and mathematize design procedures,10) since it is supposed to empower the individual being to understand the system: a rather transcendental heritage. He might have gotten from Whitehead’s Process and Reality the idea to verbalize his mathematics without using mathematical writing, and ergo formulas.11) Fuller and Whitehead share an obsession with vectors, apparently because vector diagrams can represent velocity, force and other energetic phenomena. A vector is able to represent a real event of nature, unlike points and straight lines, which are merely symbolic objects, but never actual entities. Like Whithead’s cosmos, Fuller’s universe is engineered in a techno-theological way. The two men share a deep mistrust of the scientific specialization promoted by the American education system. Fuller, the self-constituted poet, has no interest in turning architecture and design into sciences. He tries to relate science to a holistic understanding of world design, a coherent design where the neighborhood is finally reconnected to the cosmos. Synergetics is about turning science into design, not design into science.

There is also a theological fundament in Synergetics that can be related to his family heritage of Protestant Unitarianism and American Transcendentalism.12) What is astonishing about Fuller’s God is that it works through evolution, evolution creating technology. Fuller sees God in the »tools and instruments that work«.13) And so, in 1969, the flight of Operating Manual of Spaceship Earth through modern space-time ends with the annunciation of the digital world, a better world ruled by computers:

The advent of the computer is not a miracle to Fuller. It is not contingent, but rather a consequence of the synergetic rules that evolution is employing. Through the computer, the universe is communicating its design laws of accommodationist integration. The computer is supposed to succeed where politics has failed. It is supposed to install a worldwide, self-stabilizing governing system.